Linda Hartough is widely considered to be the foremost golf landscape artist in the world. She is the only artist ever commissioned by both the United States Golf Association (USGA) and The Championship Committee of the Royal & Ancient Golf Club at St Andrews to paint their respective Opens.

She received her Fine Arts Degree from the prestigious School of the Art Institute of Chicago.

In 1984, she was commissioned by Augusta National Golf Club to paint her first golf landscape.

She has been painting the official U.S. Open commemorative image since 1990.

I am the proud owner of seven paintings by Linda Hartough and each time I look at them, I see something new. Linda has a true feel for a golf course, says Jack Nicklaus. In 1992, he invited Linda to paint five originals for his ABC television special, The Most Dramatic Holes in Golf.

In 2001, she received Golf Digest's Lifetime Achievement Award at the inaugural Art of Golf Festival in Pinehurst, NC. The Festival honored 24 of the golf worlds most talented artists, writers, sculptors and photographers. The award is the first of its type ever given. Linda is the golf worlds painter laureate, said Bob Carney, Creative Director of The Golf Digest Companies. There's a tranquility about her paintings that is absolutely beautiful. When you view them, the paintings have the effect of actually putting you there. They're beyond real, said Carney.

Her original works are displayed in the permanent collections of such legendary clubs as Augusta National, Laurel Valley, Pinehurst and Pine Valley, as well as in the personal collections of Jack Nicklaus, Ray Floyd, Robert Trent Jones, Sr., and Ian Baker Finch.

She was a founding trustee of The Academy of Golf Art, a professional society of golf artists established in 2004 to create an awareness and appreciation of golf art as a valuable segment of fine art. 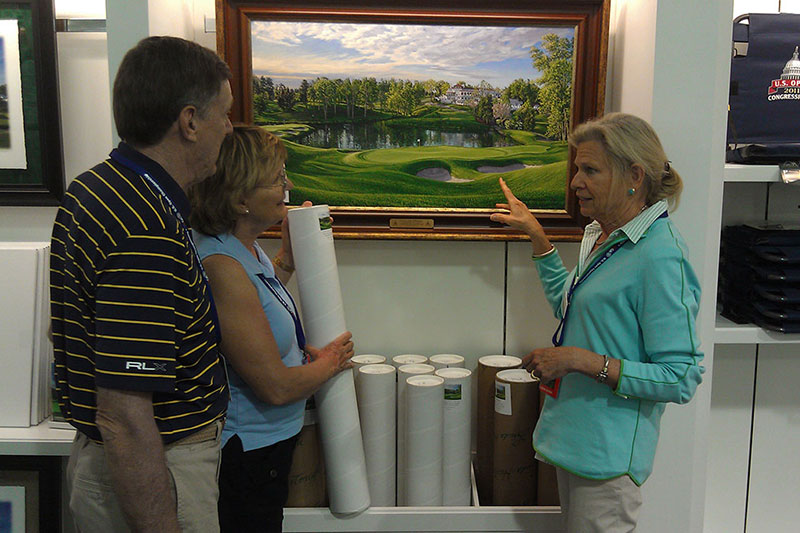 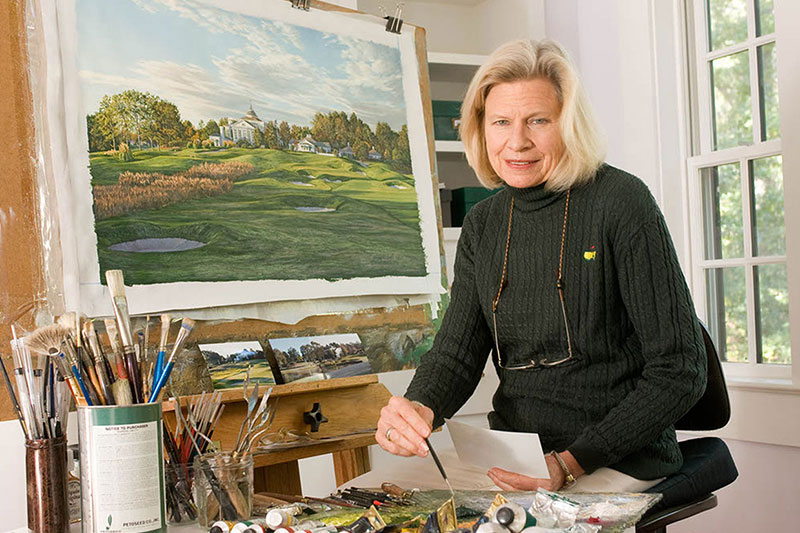 Linda Hartough is recognized as one of golf's leading artists.